A Roundabout Trip to Boracay

We boarded the plane for Singapore, and had a three-hour stopover there after an uneventful flight.  We figured out that between us we would be taking over thirty flights on our travels!! I think I will be happy to be grounded for a long while after this trip!!
The Singapore airport was UNREAL.  Even in the middle of the night, every store was open, the entire food court was open, and there was tons of stuff to see and do, including some weird Asian gardens (even an outdoor one), an entertainment center, many sweet lounges and lots of WiFi! there is even a rooftop pool but we didn’t see it so maybe it doesn’t exist?  We chilled with some life-size M+M’s though… 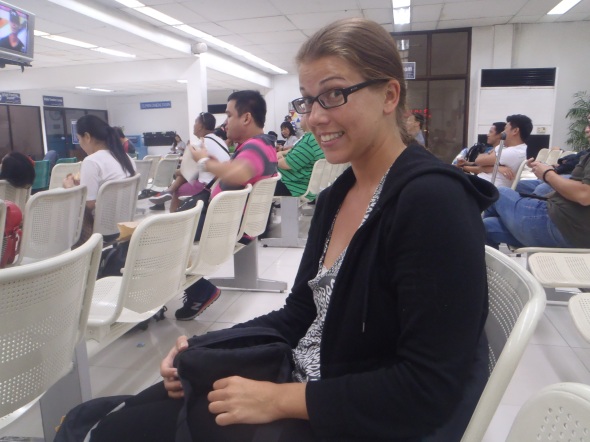 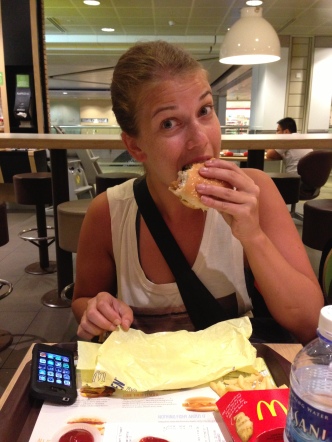 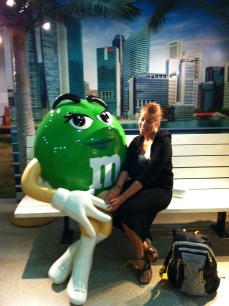 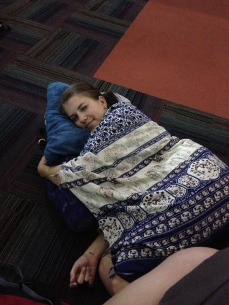 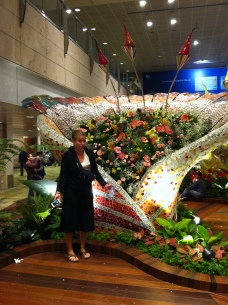 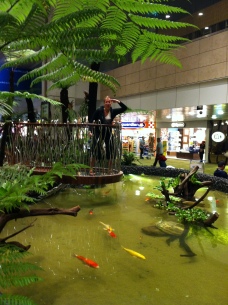 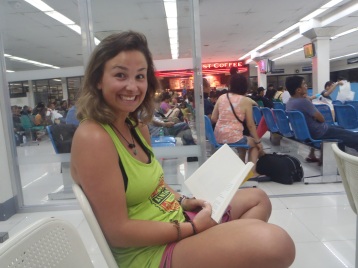 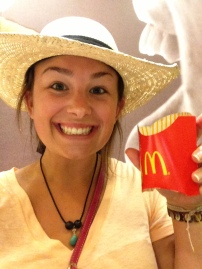 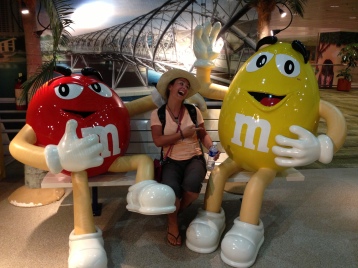 oh, you two!
After our airport stop there was a supremely uncomfortable and full three-hour flight to Manila in the middle of the night (literally 12 to 3 am for us) and when we got to Manila, there was an overpriced taxi to the domestic terminal and no one for us to talk to about booking a flight to Kalibo and onwards to Boracay.  That’s right, the stupid tourists thought they could arrive at four in the morning and book a flight onwards without any trouble.  RIGHT??? WRONG.  The next flight was at 11am and we were S**T outta luck until then.  So we settle in for a nap on the tiled floor, hugging our bags and trying not to look like the greasy backpackers that we were by that point.
After finally checking in and finding some adequate breakfast in what has got to be the grossest domestic terminal I’ve ever seen (the roof is caving in…) we found, to our delight, that the flight was delayed!! woo!  So there was more waiting and waiting and waaaaiting to do.  Our flight finally boarded two hours late and we took the hour-long flight to Kalibo.  We were delirious by this point, and there was still a two-hour bus ride to go and a ferry trip AND a bus ride to our hotel, but this was actually made very easy for us by the lovely SouthWest Tours Boracay, which handled all our transport arrangements as we were in no shape to do so.  We just forked over about 500 Peso (12.50) and they herded us this way and that until we wound up at our guesthouse, Trafalgar Cottages, where the very lovely Julie awaited us and showed us some beds we could crash in. And crash we did!!
Thirteen hours later we woke up in Boracay, and to our delight discovered our trip was worth it, as it was one of the most beautiful beaches I’ve ever seen!!
Note: Zest Air (affiliate of AirAsia in the Philippines) is officially the worst airline I’ve ever flown with – most of our flights have been delayed, on was outright cancelled, and they have added an extra layer of stress to our holiday.  I strongly suggest that if you can afford it to save yourself some hassle and book on another airline.  Their customer service is some kind of awful, as well.