Posted on September 14, 2013 by Danika Zoe
I am at the northernmost point in my trip, and Cairns is a gorgeous place!  It’s nice and warm, the weather is perfect, and there are tons of backpackers chilling out and great activities.  There’s no great beachfront, but there is a man-made lagoon area where sunbathers can hang out.  I walked around the city on my first evening, there was live music spilling out of the doorways, lots of shops still open,  and even an outdoor movie theater in the town’s square!  I am totally coming back some day to check out this city again, it’s not a huge place but there are SO many activities, I only got a small taste in the two days I was there, and decided to go and check out some waterfalls in the tropical rainforest on Captain Matty’s Barefoot Tours.  I boarded the bus early on the Saturday morning, not knowing what to expect out of the day.
It was a sweet tour, there were some little hikes to gorgeous waterfalls (not one, not two, but three!) lakes and mountainous areas that showed off the region around Cairns really well, and we got a taste of all things Australian, some new music to listen to on the bus and a history of the surrounding area.  Our guide Gili was hilarious, made the day when he rescued someones Go-Pro from the natural waterfall rock slide, my favorite part of the tour.  We saw a Cassowary in the wild, one of only 1500 of these endangered birds that are left in the surrounding area, we got a good close look at it too, which is apparently really rare.  I slid down the rocks into the pool even though it was a bit cold, it looked so fun! We even got to sample some Aussie goodies like Tim Tams and coconuts from palm trees ( which are actually not native to Aus!).
I went out that evening with some people I met on my tour, first drinking goon (ugh) and then hitting the Woolshed to dance on some tables. It was a bit of a gungy backpacker bar but it was pretty fun to watch the ultra hammered people fall off tables!  We went to a second bar attached to our hostel which seemed like the nicest/biggest bar in the area, and danced the night away with an assortment of people, a pretty multicultural crowd for Australia!  Seems like Cairns is a big draw b/c it’s actually closer to Asia + other countries than Sydney/Melbourne.  I took myself home as the club was closing, i had only one more day to check out Cairns before flying off.
I had to pack and check out before stowing my locker in storage then sneaking back up to make myself breakfast in the communal kitchen 😛 I had a not so nice goon-over, and decided to check out the Lagoon and try to get in some snorkeling before leaving for the airport later.  I lazed around at the Lagoon after walking through the main beachfront area, and have decided I really like Cairns and would totally give it a second shot with more time to look around the area and explore all the activities.  I finished up with a dip in the Gilligans pool and said goodbye to (what i thought would be the last of) tropical Australian weather! My flight went off without a hitch, and soon I landed in the Sydney Airport where there were a few new adventures waiting for me! The best part about Sydney so far is my friend David, who I met in Vancouver when we both lived there.  He’s already picked me up and welcomed me into his house for the next few weeks while I explore Sydney and the surrounding area. I feel glad to put an end to the frantic pace of my trip so far and just to stay put for a little while in the same place – after all, I’ve stayed only up to three nights at EVERY place I’ve been to so far – 5 countries, 2 months! Whew. 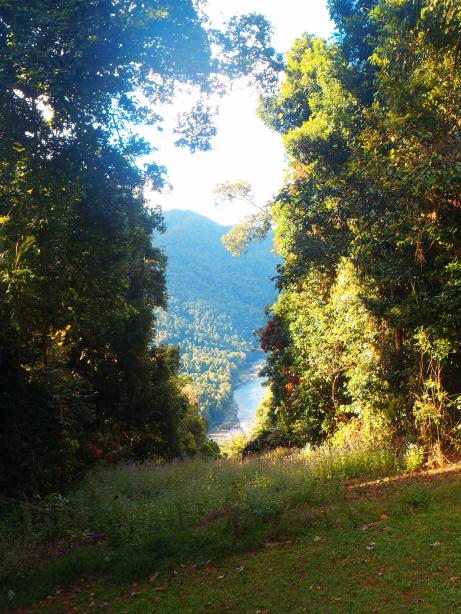 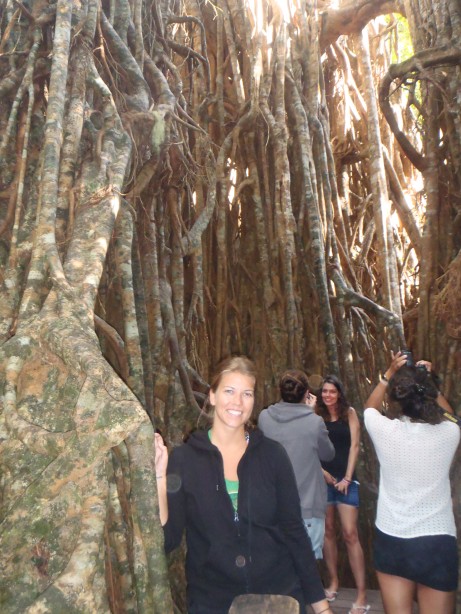 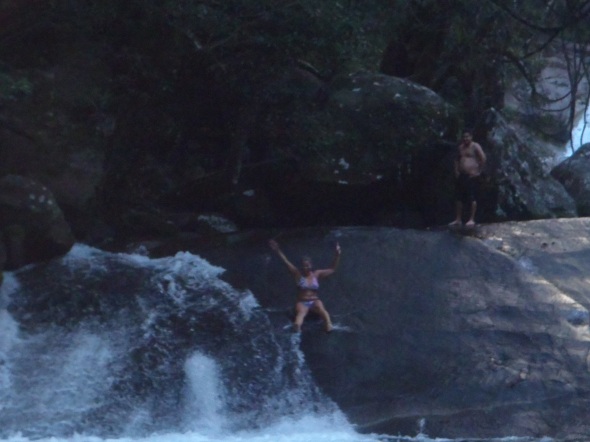 sliding down the rock waterfall! 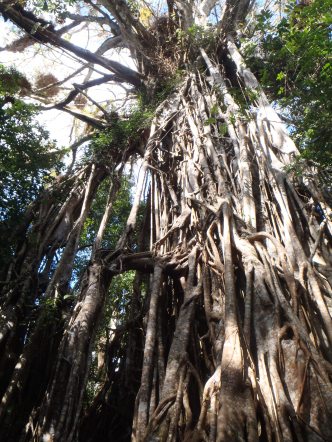 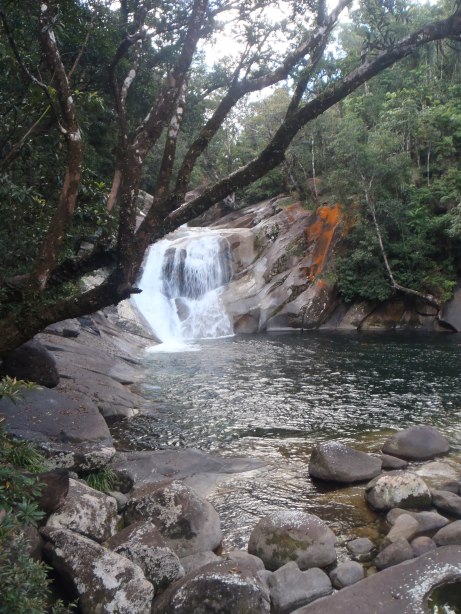 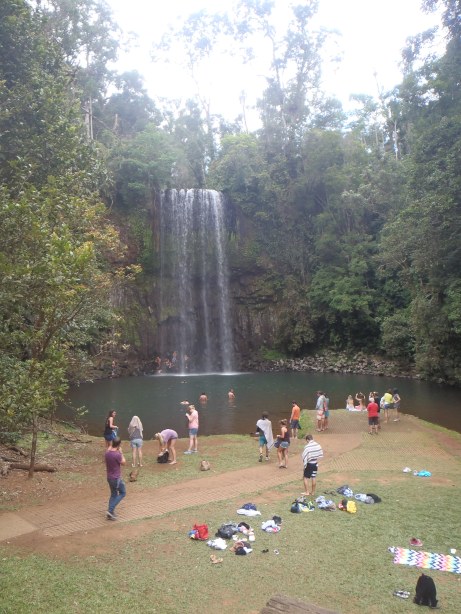 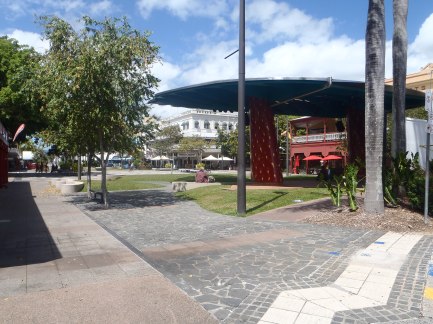 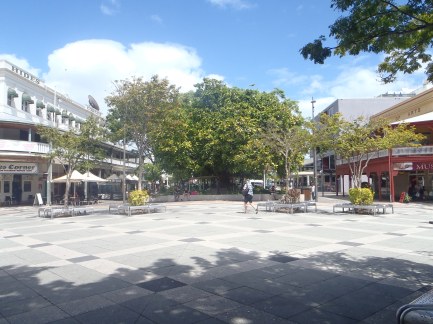 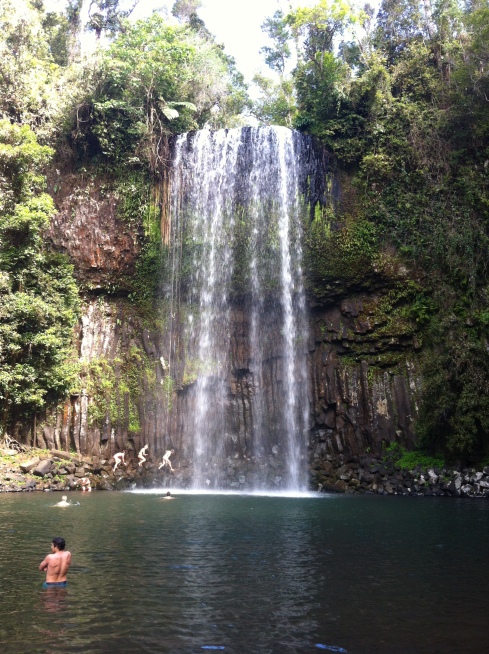 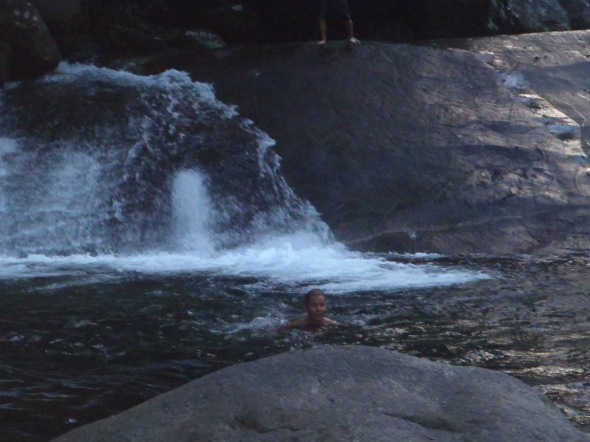 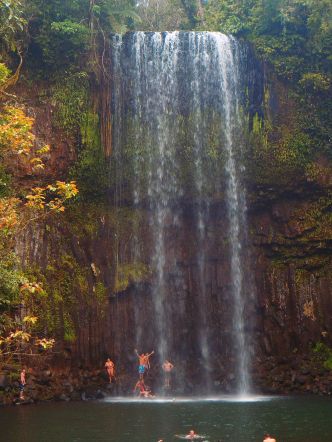 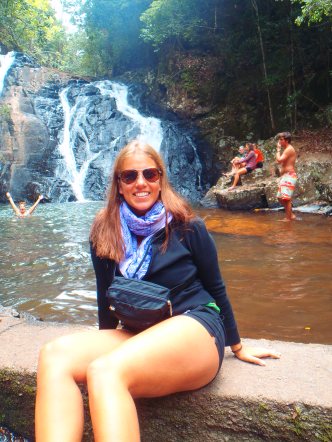 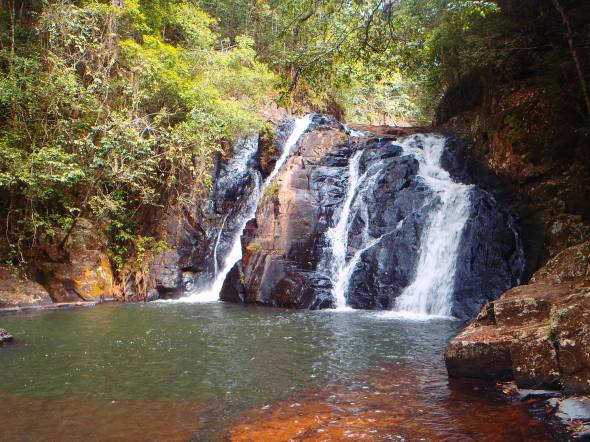 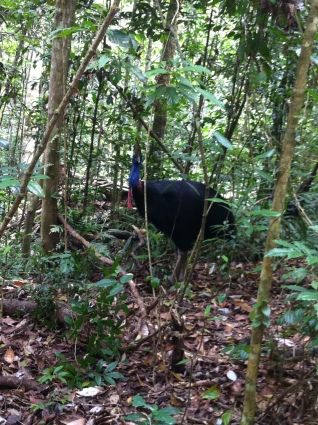 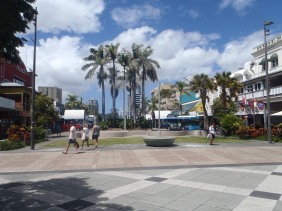 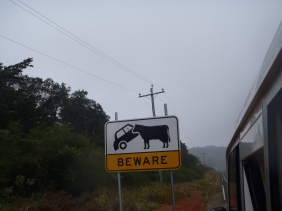 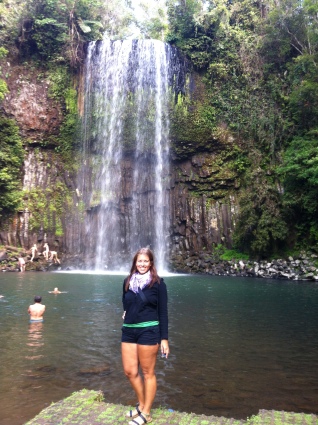 me and a waterfall! 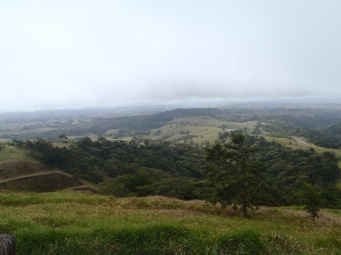 The view from the Tablelands 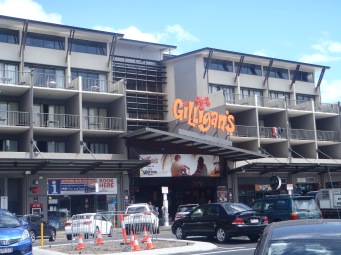 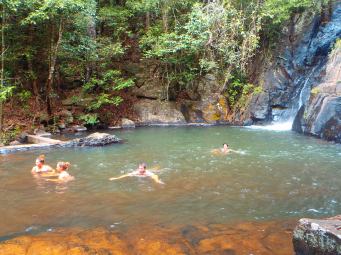 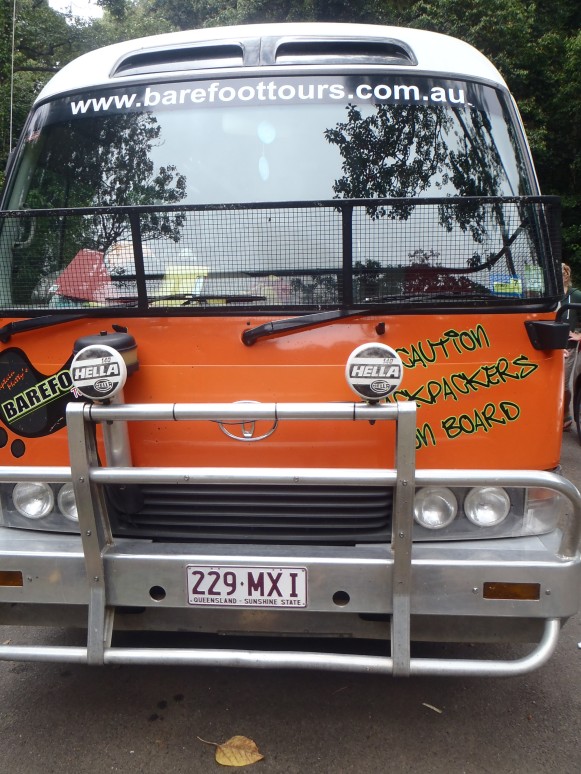 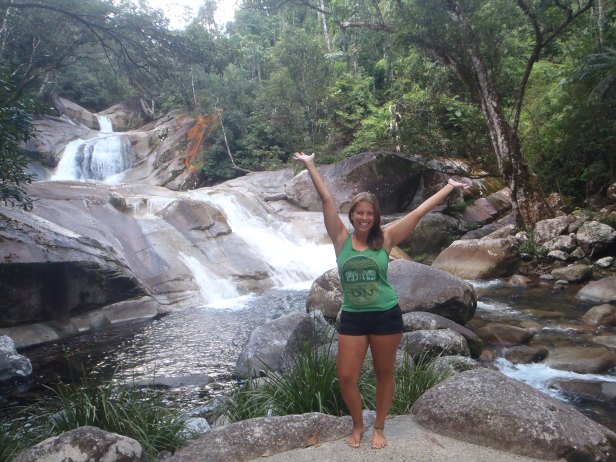 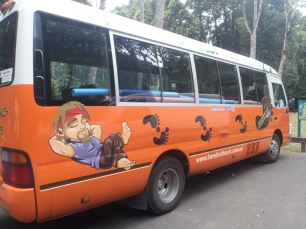 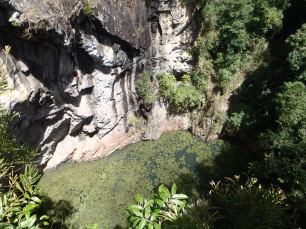 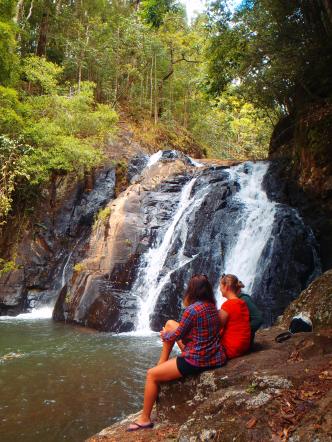 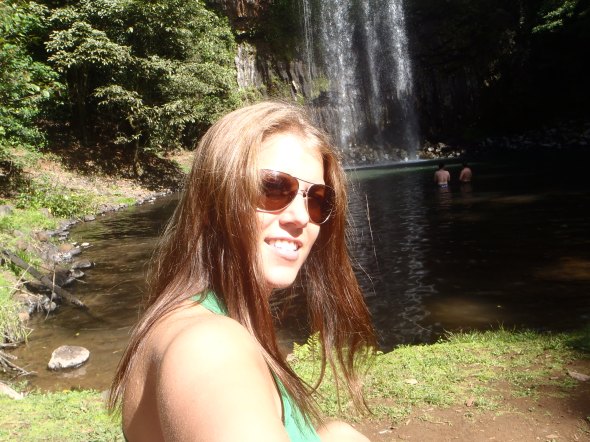