The Longest Ride of my Life

Our last day on the Topdeck Trip was long and trying, if I can put it lightly.  First of all, we had a lot of ground to cover – the tour usually takes two shorter days to break up the distance between Milford Sound and Christhurch, but since we missed a day when the Haast Pass was closed, we had to hightail it back to the city in one loooong day.  Total hours on the bus? 12.  Total actual hours on the bus by the end of the day? 17.

Let me explain.  We made pretty good time after breakfast and hopping on at 7:30, and were passed Queenstown by lunch.  Our bus broke down on the side of the road at, oh, around 2:30pm.  We head a long “hissssssss”, and pulled over quickly to check out what it was.  Luckily one of our travellers was a trusty mechanic, and could tell what we needed and how to repair the damage. We waited for a mechanic, and it was fun to hang out by the bus for a while, but taking picture and taking in the scenery got boring after a while, and I actually went back on the bus and used some time to type up some blogs I needed to catch up on. Score!

So we thought the mechanic had fixed the problem, and were back on our merry way when “HISSSSSSS” went the bus, and we had to stop a second time, call the mechanic, etc, and wait again for the bus to be fixed.  After about a four-hour delay, we were told that we would only be using this bus to get to the nearest town and would be picked up in a new bus!  Well.  The new bus was actually a school bus, with barely enough room for all of us to crowd into it with our luggage. The situation went from bad to worse after that with all of us cramped together, we still had about five hours to go on this tiny crappy bus, we were all tired and cranky, and hadn’t eaten for a long time.  We finally stopped at McDonald’s around 9pm and had to deal with greasy-fry smelling bus all the way back to Christchurch, finally arriving around midnight.

It was very anti-climactic after that to say goodbye to our friends and chat with each other, we were pretty sick of each other by that point!  But we did manage to get some hugs in as we dropped our friends off at various hotels and hostels, I stayed at this cool hostel called the Jailhouse, and was met with a key and warm soft bed that night.  Ugh!  What a ride!  It’s too bad we had to deal with it, but nobody missed their flight, and it was handled well by Topdeck, so I couldn’t ask for much more. 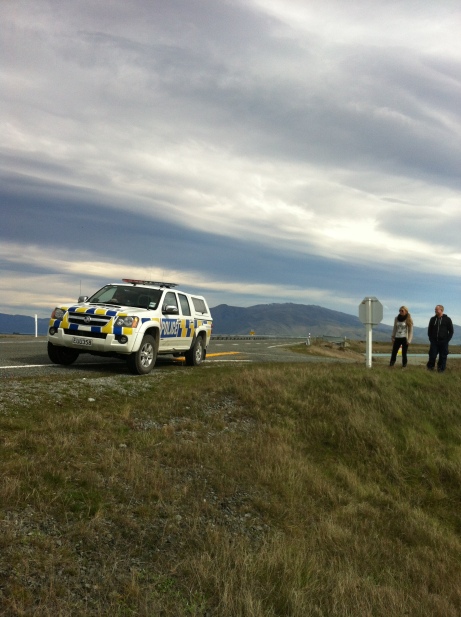 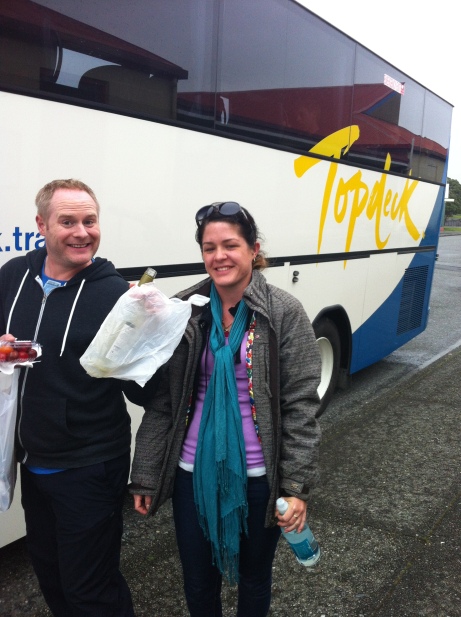 wine for the ride

happy to be broken down with a view like this! 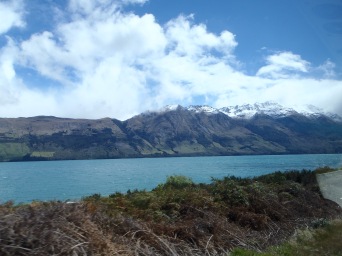 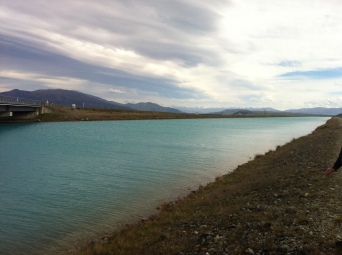 nice place to break a bus 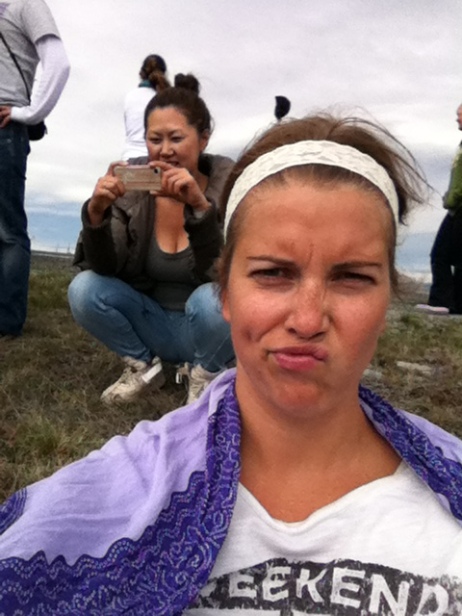 How To Fly for Dirt Cheap in SE Asia

I am exactly one day away from takeoff!! I’m packed, double-checked and excited to start my journey tomorrow from YYZ.  Before I go I wanted to break down some costs, since this is one of the most frequent questions I’ve been asked in the last few weeks:

What does is all cost?

How much money do you need to make a trip like this?

WELL. That’s a good question.  Let’s start 7 or so months ago when I was formulating my trip.  I decided where I wanted to go and what routes to take. After briefly looking into Round the World tickets and travel agents and finding them ridiculously expensive, I set out to create my own budget itinerary and figure this out myself instead of relying on a more expensive travel agent.

It was a bit of a hit and miss approach, and here is a full disclosure look at how much my flights are costing me in total.

Yup!  Eleven flights for just shy of three grand.  Now, AirAsia has not been the easiest airline to book with (one flight has been cancelled outright, one has had the time changed and one had the date changed) but the customer service has been decent via the internet in getting some quick responses to my questions, even via twitter, so props to them for that. I will update after a few flights to see if the amazing prices are worth the travel experience aboard AirAsia.  I took two domestic flights in Thailand last year with them and both went perfectly smoothly, so I’m trusting my own experience with the airline and taking a chance on some cheap flights. Wish me luck!

EXACTLY 24 HOURS BEFORE I BOARD THE PLANE.  I AM VERY EXCITED! ALSO I AM YELLING!